1) I have a passionate love affair with food.  “Foodie” does not BEGIN to describe me.

2) I have the metabolism of an aging sea cucumber.

3) Every seam in every pair of pants I own is thoroughly punished whenever I close the zipper.

4) I’m not about to change the way I eat.  It would require an amount of effort equal to that required to reverse the direction of the earth’s rotation.

5) I don’t have the financial resources to enlarge my wardrobe at the same rate that my fat stores are increasing. And the only thing that would make my current fat stores of any use would be for this planet to undergo another ice age.

6) I don’t think an ice age is in our immediate future.

THEREFORE, I had to take action, so this morning, after consuming my daily McDonald’s Sausage Burrito, I went for a walk.

I know, I know, it’s not earth-shattering.  But when you consider my recent knee-replacement, as well as other sundry foot/ankle/Achilles heel issues, a walk is damned impressive. 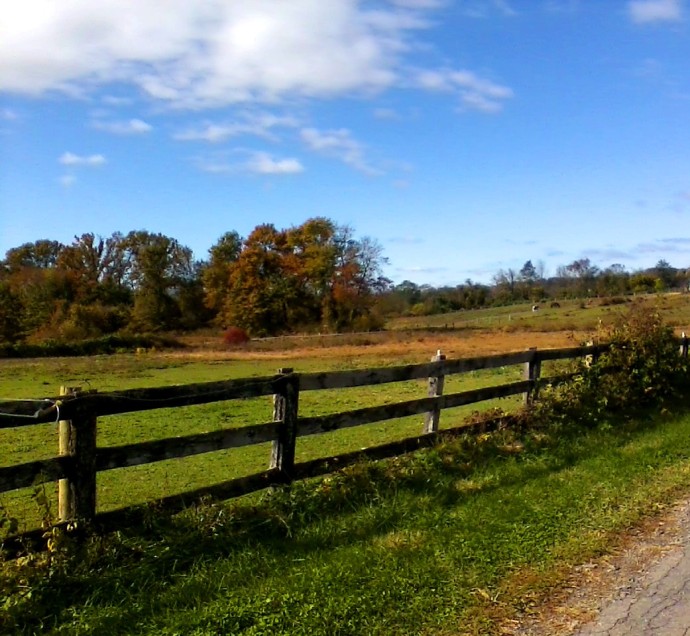 So I have a feeling that this country lane and I are about to become intimately acquainted.  If you should pass by this way and see a large-bottomed woman in overstretched yoga pants sauntering down the lane while eating a McDonald’s Sausage Burrito, be sure to stop and say “Hi!”

And bring some chipotle barbeque sauce while you’re at it.