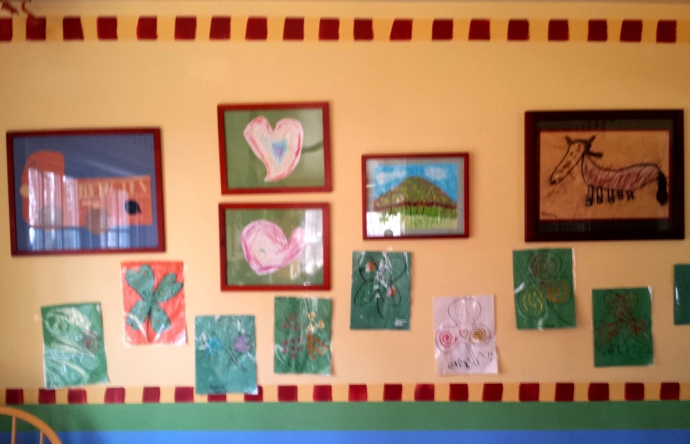 Every year, our family has gathered at the kitchen table to make our own artistic renderings of shamrocks.  No, we’re not Irish, but we do like to celebrate like we were!!!

This was Varmint’s, from last year……

…and this was Critters from 2008….he had a hard time writing his name (Garrick), and so this particular shamrock is known as the “Gorrk Shamrock”.

And this one was Grandma Jane’s from way back in….oh, wait…it was last year.  Let’s be honest…she pencil-whipped it.  Grandma Jane has a problem with whipping up motivation to make shamrocks.  I think that particular shamrock was her way of saying “Here’s my bleepity bleep bleep family shamrock…can we eat now?”  She’s like that….

And after we do the shamrocks, which everyone except Grandma happily does, we dress up the Moose.   He has a nice top hat and bow tie.  He’s dapper, that guy.

You’ll note the yummy muffins in the background.  I wish I could  brag that they were homemade, but this particular carbo-loaded pile is fresh from the store.

I’ll be honest, my muffins suck. No Blarney.  For real.  I’ve rarely been able to turn out a perfectly fluffy muffin.  Got a C in Home Economics on my muffins because I was too rough on my batter.  Some things never change.

Don’t tell anyone.  I live in shame, to this day.

Right, the Moose.  My Captain dressed him yesterday.  He did it super fast, too.  Faster than you could look up how to spell Shillelagh….which took me longer than you’d believe because I’m a bonehead, apparently.

He walked out there, all casual-like, threw the costume on lightning-quick, and hightailed it back to the house before more than a couple of cars passed the house. 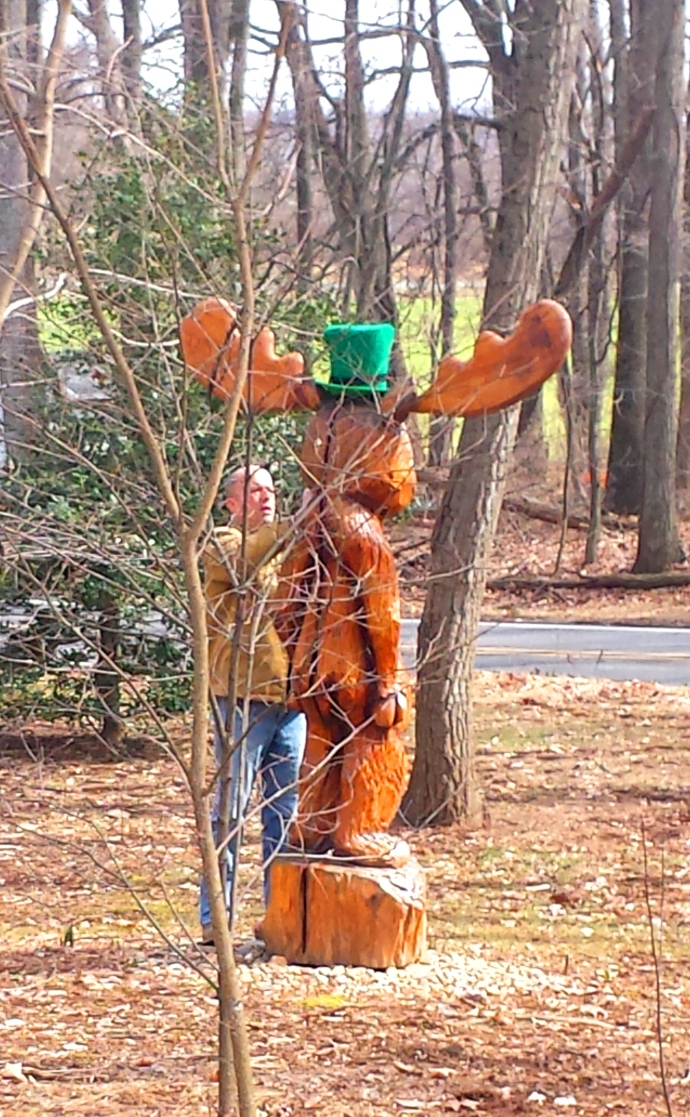 Our Dapper Leprechaun Moose.  Do you think My Captain was embarrassed to be seen doing that for me?  That’s love, I tell ya.

Eleven more days until St. Patty’s day!   Not that we’re counting or anything!

I saw this video on Facebook for a dessert that I HAD to try.  It was easy.  It was fancy schmancy looking.  And it was going to be on my dinner menu tonight!!!

I wish I had a clue how to transfer the video to this blog, but I don’t, so tough beans!  It is basically a slice of puff pastry dough, brushed with apricot jam, lined with thinly sliced, lemon-water-soaked, par-cooked apple slices, and rolled up to look like a rose, then baked.

I did all of that.  And when I pulled these babies from the oven. 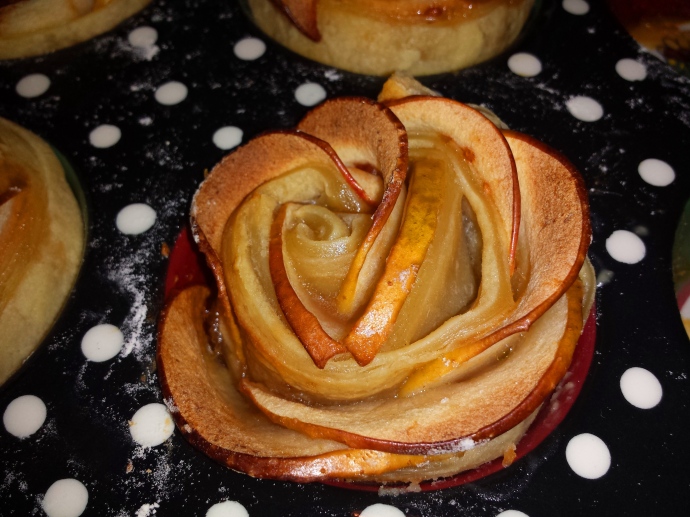 I mean, these apple roses could have been in that video! 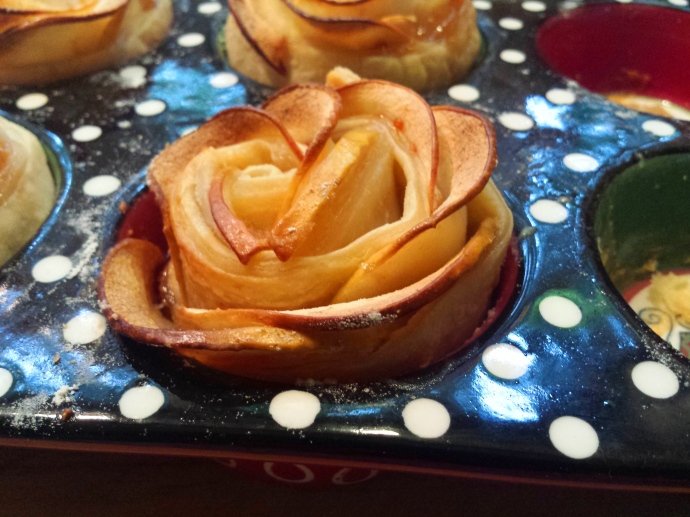 I could not wait to serve them up and taste them!   I was so pleased!

Everyone…My Captain, my brats, and Grandma Jane, all looked suitably impressed!  My chest puffed with pride!  My head grew larger!  I became very condescending to any questions about how to make these.  I was all, “Well, of COURSE you have to slice the apples so very thinly, which takes a lot of careful and talented knife-work….blah, blah, blah….”

And they looked so cute on our dinner plates next to the PoorMan Steak and Escalloped Cabbage Casserole I served along with it.  I so wished I had a Better Homes and Garden photographer on hand.

And you know what?  These beautiful, delectable looking apple roses…..

They were awful. Tasteless.  Weird-textured.  Hard to swallow.

I deflated faster than a Superbowl football.   I looked at the faces around the table.  My beloved family was trying hard to swallow these little fruit bombs.  They were kind, but I know they are starting to dread my gastronomical experiments.