Even though it is February, it’s been so beautiful, I decided to write out on the patio this morning.  My Captain was already out here, tweaking the garden wall in the sunken patio.

What’s wrong with the current garden wall?  The structure is fine, and with the copious amount of anchors and heavy-duty framing he built into it, it’s got more retention capacity than I do after a night of cheese fondue.

But during the last rain…and by rain, I mean monsoon-ing deluge…we had a rawthar large erosion issue. 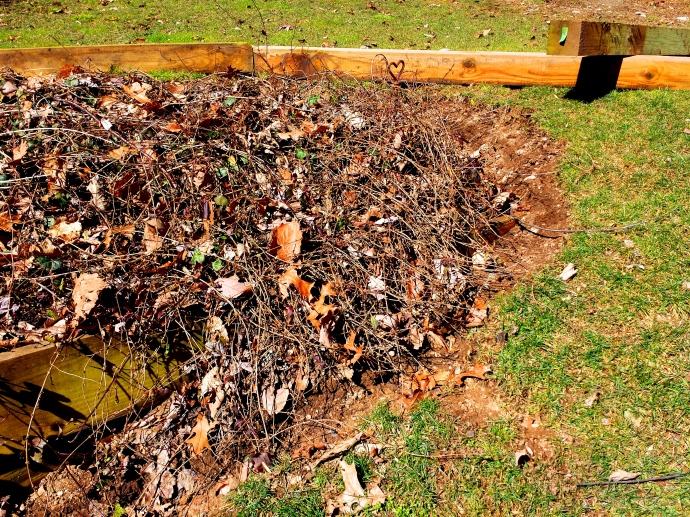 In fact, we had a small river redefining the edge of that particular garden bed.

And it buried about 150 feet of the patio bricks in good ol’ Dickerson compost.  Predictably,  I had just augmented my garden beds with a fresh load of cow manure last fall.  And that golden mud was slicked all over the patio floor. 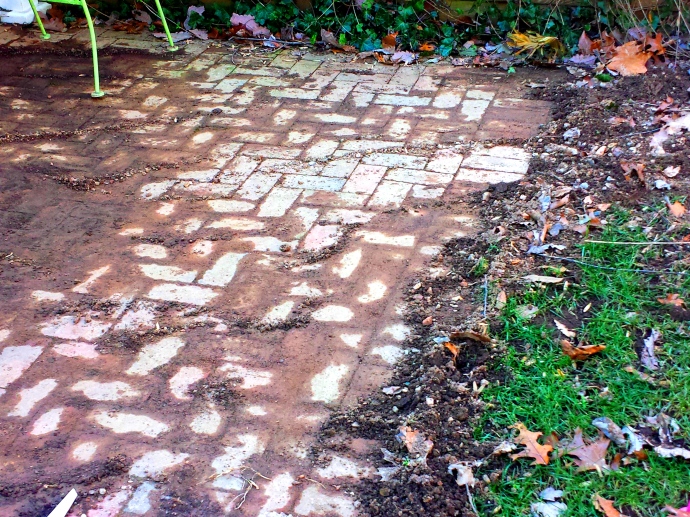 This is after I shoveled it yesterday.  I had a few words to say on the subject, none of which are appropriate here.

A trench had been carved out where some of my bulbs had been.  You’ll note the past tense. 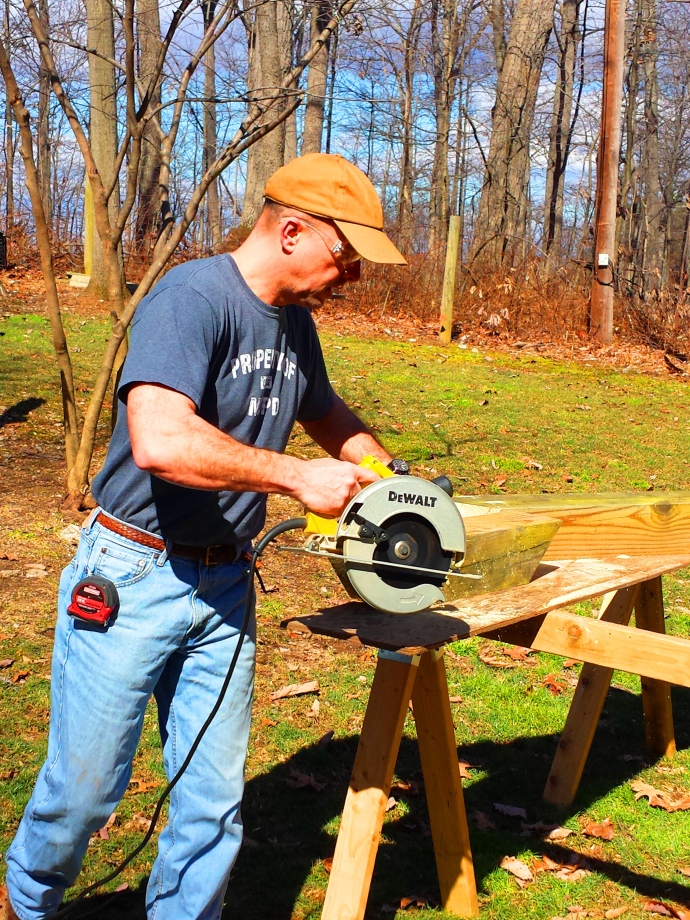 So My Captain, the love of my life, took it upon himself to cease the gnashing of my teeth, and shaking of my fists, by constructing a sturdy wall to re-direct any future rain rivers.

I love that guy.

He was up an at ’em before me this morning, so I didn’t cook him breakfast as I usually do.  In fact, in the course of the entire day so far, he has only eaten a sausage and cooper cheese-filled soft pretzel from the Amish Market in nearby Germantown.  And thank goodness he did.  They are mighty tasty, and probably pack a good 1,500 calories per pretzel.

Even though this guy is a work-a-holic, and regularly tends to put in 20 hour days, he is lazy in one particular area:  He won’t eat if it isn’t served to him.  He’s the laziest food preparer there is. He’ll go all day without eating, if he has to put effort into making it.

This is a huge, baffling enigma to a woman who’s every waking moment has some thought about when and what her next meal will be.  And since he, by way of being my Beloved, is an extension of me, he benefits by my constant flow of home-made sustenance.  He married a foodie.  And thank God he did, because I keep that man alive!

When I’m having a bad-attitude day, and feeling low about my accomplishments, or existential point in this big, scary world, I console myself with the knowledge that this wonderful, noble, heroic, self-sustaining-in-every-other-way man would be dead if it weren’t for me.  And OF COURSE, by natural flow of linear reasoning, this means that every life he saves at work can also be linked to my cooking, and thereby to me.

Which means I’m a golllldarrrn HERO!   Every time he comes home with a life-saving or life-changing story from the firehouse, I can pat myself on the back, put another notch in my wooden spoon, and modestly say, “Just doing my job. You’re welcome.” 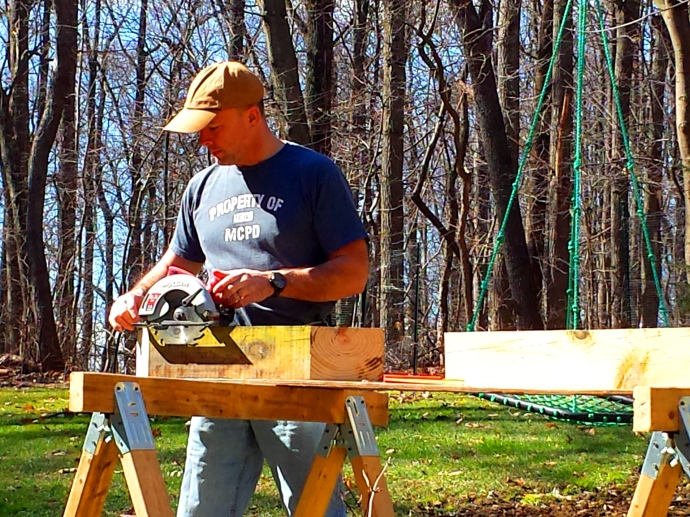