We’re still in shock, frankly.  Two days ago, we had a double murder here at The Little Cottage.  One of the bodies was actually found in my bedroom…under my bed with all the other forgotten bits and pieces of our hectic, disorganized life.

Apparently Sir Monty of Stinky Butt was outside in my garden, and unilaterally decided a wee little Junco had lived a long enough life.  And Walter Sir Ceasar McSneezer decided the same for a female cardinal.  Her poor remains are still somewhere under our shed, as we are unable to get under it to retrieve it.

I feel like an accessory to these murders, because I let the cats out in the yard with me, and I’m the one who fills the bird feeders in the first place.  It’s like Walter and Monty think I’m in step with their nefarious plans.  I WANT to help the little birdies!  That is why I feed them!  My cats, however, think I’m in league with them in their feline Thug Life.

Years ago, we saved both Sir Monty, and Walter, as feral kittens.  It was then that I asked the kids to help me make a decision:  Either we make the cats live their entire lives inside, where they will likely live long, and very bored lives, with no freedom or free will, or we allow them outside to play from time to time, knowing they will likely have a much shorter life, due to cars, wildlife predators, and disease, but where they will be free and happy to play in the sunshine.  The kids unanimously chose the shorter life, possibly due to my wording…we agreed they would be allowed outside from time to time.

CLEARLY, I had not considered one important consequence:  Cats are natural predators on their own.  We’ve had too many field mice brought to us, too many birds, and one unlucky chipmunk, who we saved three times before he succumbed.  He was either slow, or stupid, or both, poor thing.

But as of today, we’ve decided that, for the sake of all things good and wild, the cats must stay inside.  I have no desire to be complicit with any further degradation of the wildlife in our pretty little garden here at The Little Cottage. 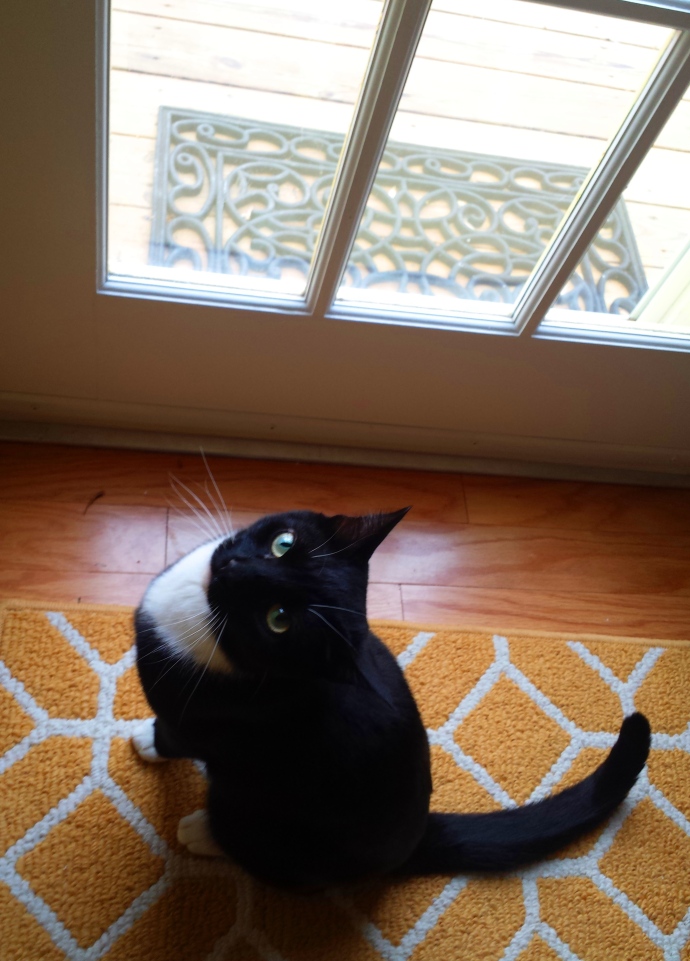 is PISSED.  He begs at the door constantly.  I am, apparently, a heartless monster.

He’s playing with (re: shredding) everything he can get his hands on.  No roll of toilet paper is safe, right now. 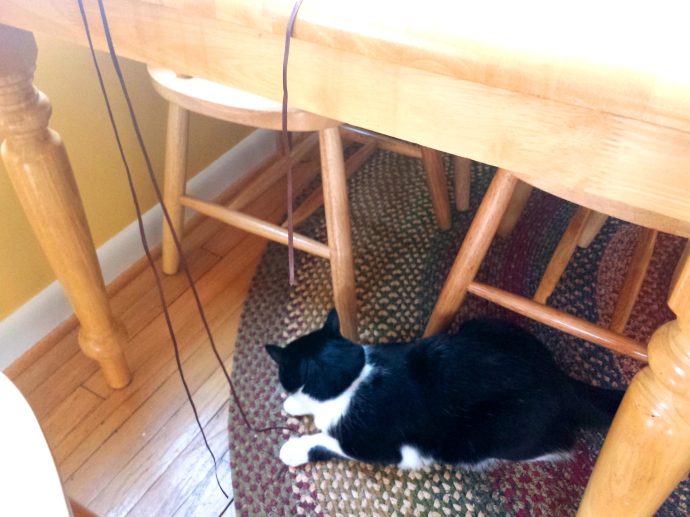 My Captain is most emphatically NOT happy with my life choices, as they pertain to these kitties, right now.  Fortunately, however, Sir Monty has My Captain wrapped around his wee little kitty soft paw… 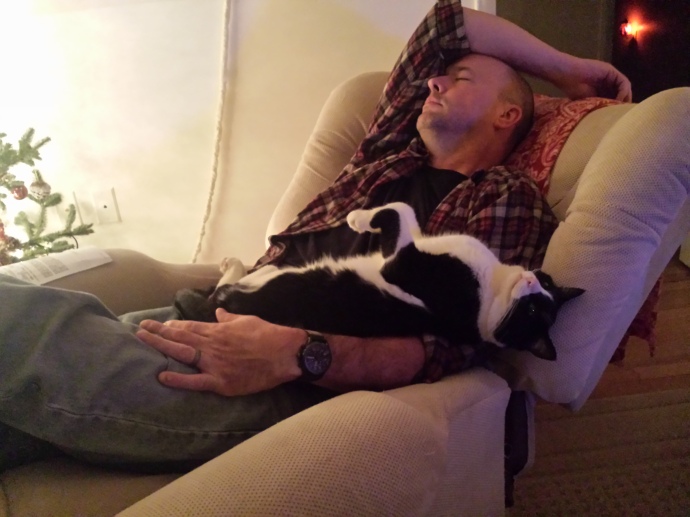 …so I’ve got that going for me, which is nice.

One thought on “~ Double Murder In Dickerson ~”