~ It All Started With Some Rocks ~

So, you see, My Captain was concerned about the steep drop-off of the road in front of The Little Cottage, and that really is what led to our new kitten.  It’s his fault, if you really want to know.  Left to my own devices, I would have had no reason to take on another mouth to feed.

He’s really got no business rolling his eyes at me, you know.

It happened like this:  First, I came home to notice that the landscaping that we had been painstakingly nurturing over the past five years had been mowed inadvertently by the County Roads Crew. 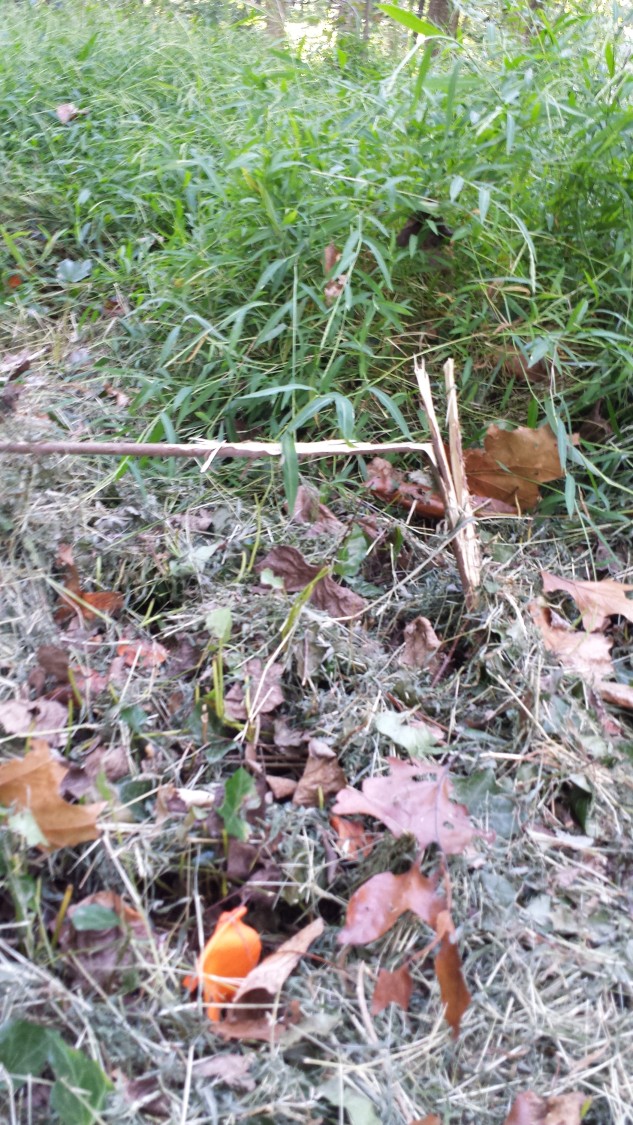 We’re talking Oak Saplings grown from Acorns my children had gathered, and Ivy I had rooted myself.  Hosta we’d grown from seed, and Fern we’d lovingly bought on sale at Lowes.  (What?  Don’t judge.)

Be being the pacifist that I am (NOT), I called the County and said the equivalent of “Oh No You DIDN’T!”

And the County sent their top guy out to me the very next morning.

No, seriously!  I know it sounds like fiction, but by golly there was a man at my door the next morning!

As we were working out how the County would fix the property damage, Mike, who is by all accounts one of the nicest guys I’ve ever met, happened to notice the very steep drop-off of the road by our house.

It’s happened from erosion and it’s crumbling the road, you see.  My Captain has been wanting to put larger stones in the ditch to prevent it from eroding further, but we’ve been busy with other projects!

Mike mentioned two things:  1) He would be happy to get the county roads crew to fix the ditch and 2) He had a full litter of kittens at the Roads Garage in need of a home, and would anyone be interested?

And he might have pegged me for the sap that I am.

And he might have mentioned that the ditch could get fixed faster if we would take a kitten or two off their hands.

So, you see, it was all for the ditch, and making My Captain happy that we ended up with this little guy.

My Captain has taken it fairly in stride. 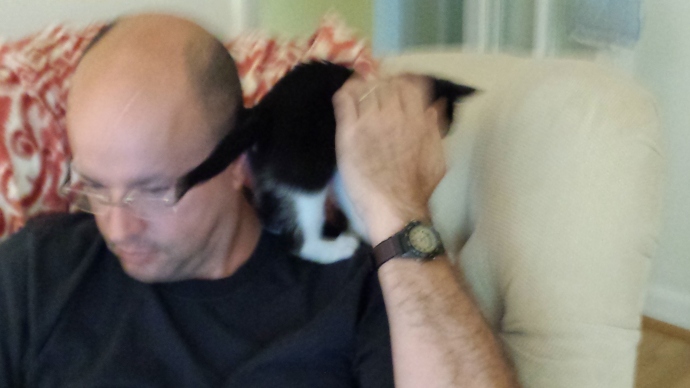 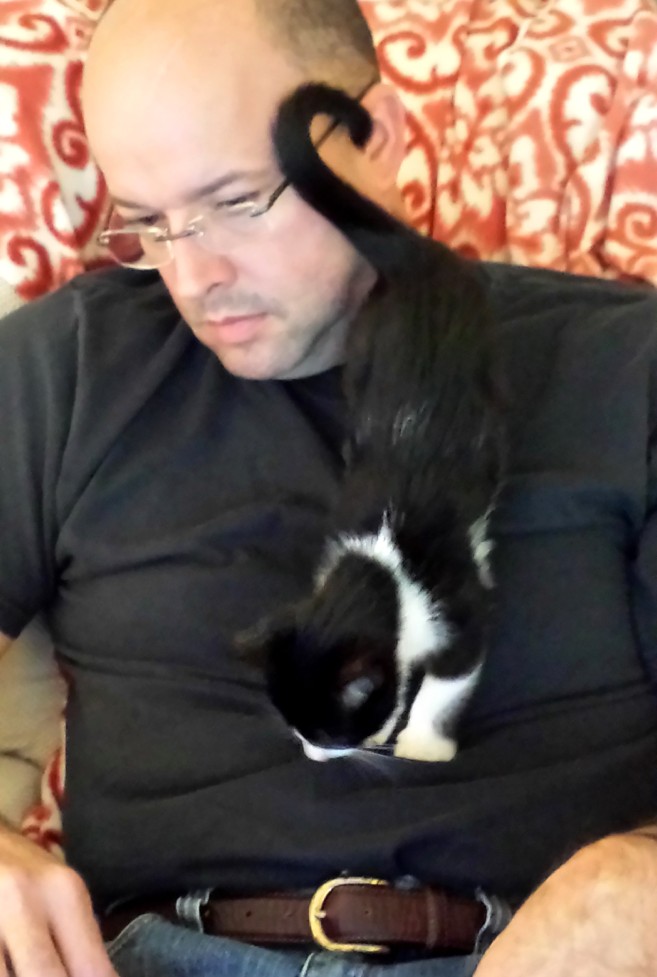 he would probably take it better if the little stinker didn’t keep sticking his buttocks in My Captain’s Face when he’s working.

One thought on “~ It All Started With Some Rocks ~”