I made the best dinner last night.  THE. BEST.  My Captain said so, and he never exaggerates.  His Left-Brained personality would explode if he did.  So when he says it’s The Best, he means it.

I made one of his favorite dishes: Chicken Marsala.  Mushrooms are one of his comfort foods, and I loaded this chicken up with two pounds of sliced Baby ‘Bella Mushroom Slices.  I used nearly an entire bottle of Marsala Wine for just three chicken breasts, which means, of course, that I was trying to soften him up for later. 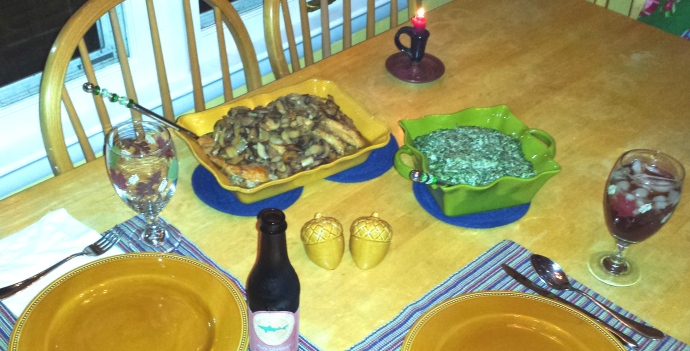 Then I served that drunken, fungus-filled deliciousness on a hot mess of Broth Baked, Brown Basmati Rice with Dill.

And because I believe in healthy choices, I served it all up with Spinach.  Well, spinach baked in the most heavy cream-filled, butter-slathered, Parmesan-stuffed, garlic and onion sauce ever created in the history of that dastardly green food.  I started by using a knock-off recipe for Boston Market Creamed Spinach, and then doubled everything that sounded good about it (which would be everything but the, er, Spinach.).

It was really wonderful.

And I left no detail behind.  From the cheesy, but adorable, Dollar-Tree Fall Water glasses, 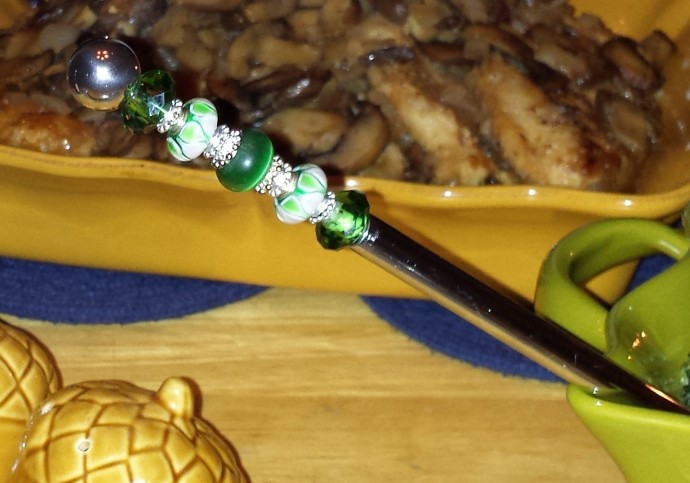 But none of this is why I am posting this topic tonight.

I’m posting because My Captain took this picture below and exclaimed, “We both filled our plates with generous portions, and neither serving dish looks like we even touched it. Woman, how much food do you think the two of us could eat in one sitting?!”

Frankly, I don’t see what his point is.

Who gets to define what a portion is?  I’d like to know!  Who is the almighty portion decider? Hmmm?   Maybe in some cultures this would be enough to feed a family of 8, but in MY world, this is enough for two for dinner, and then some noshing later.