It has been hotter than a World War II Pin-up Girl here in Dickerson this week.  Though the thermometer reads 95 degrees, with the humidity that comes with the swamp that is the greater Washington DC area, the Humiture is usually around 105 degrees.  Basically, you walk out of any air-conditioned building, and the hot, wet air hits you like a concrete and steel-reinforced, brick wall.  The air is so stifling;  every breath feels used already…. like someone is breathing directly into your face.   It’s nasty.  And gross.  I don’t do well with pre-breathed air.

My Captain, when he wasn’t working this week, has had the unlucky task of digging up the wooden border around Critter and Varmint’s old playground.

The one outside in the back yard.

The one in the sun and pre-breathed air.

The one with all the bugs and yucky mud.

Critter watched him from the coolness of the kitchen, and wondered aloud about how long it would take to finish the job.  I eyed him speculatively and answered, “I dunno, but I reckon it would go a lot faster if he had some help.”

“I can’t do anything to help him,” he shrugged.

“How would you know if you don’t ask?”

Man I’m good.  Smoother than 30-year-old Whiskey, and twice as effective.  I lobbed that guilt-grenade right over his head…he never saw it coming.  Dead Bulls-eye.  I’m like a guilt-sniper.  Ka-POW.

He grumbled and went out.  And by ‘grumbled,’ I mean bitched.  Audibly.  Copiously.  He was, as they say, unwilling.

Five minutes later, however, I watched him through the window wielding a hammer, and some other strange device that, while probably originally designed for a different task entirely, looked to me like a Medieval bludgeoning device. 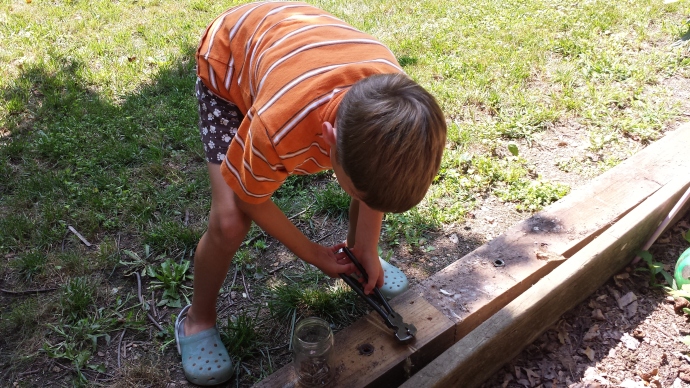 Apparently My Captain entrusted him with the task of removing screws from 25-year-old pressure treated 6X6s.  This is NOT an easy task…..And certainly not if you are 60lbs, working in the sun when it is over a hundred degrees, and the bugs are eating you alive. 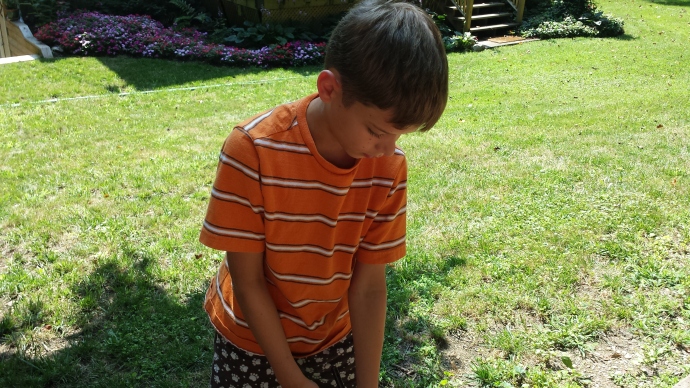 I was sure there would be more, er, unwillingness being communicated. 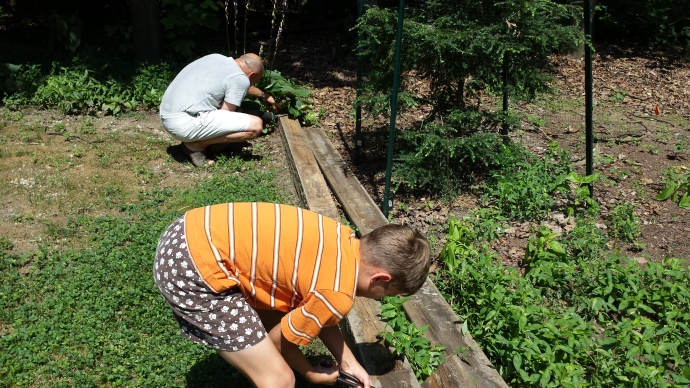 But Mama learned a lesson in Male-ness that day.  Instead of focusing on being too hot, or too bug-bitten, or too frustrated when screws would be difficult, Critter dug in.  He took it as a challenge, not as an undesireble chore.  And I could see that a little bit of discomfort and adversity actually sat well with him.

I’m not saying he would sign up to do it every day, but he wasn’t a tool about it.

I could see My Captain was just as surprised as I was that Critter wasn’t quitting in disgust.  It was obvious he was enjoying being ‘one of the men,’ and doing manly tasks.  You might even go as far as to say he took PRIDE in working with My Captain. 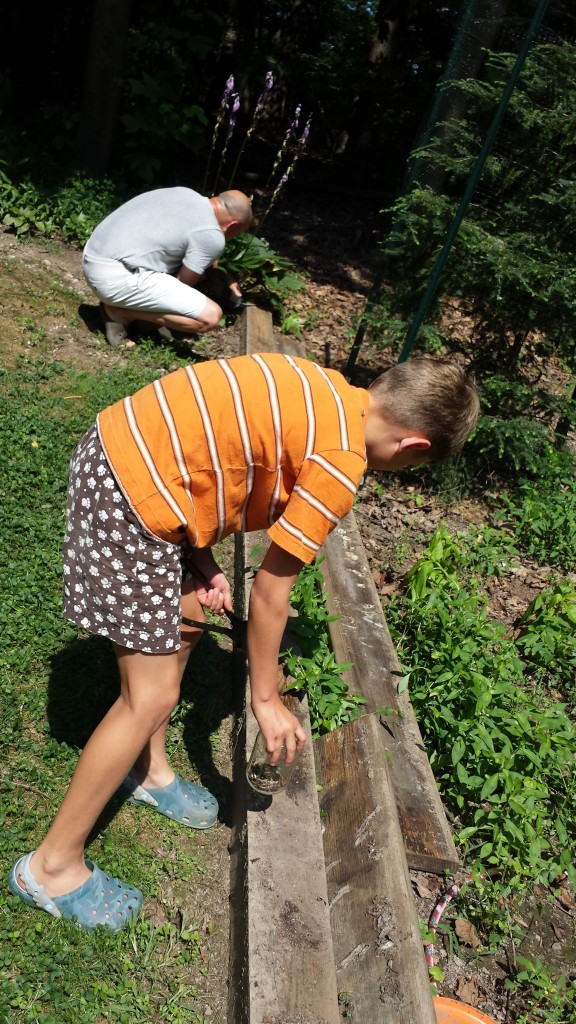 He didn’t have time to whine.

He was too busying earning his man-card.