All of my Vegetarian Friends….read no further.  Save yourselves!  Turn away!

All of you carnivorous son-of-a-guns, check this out!

This Christmas Eve Eve,  Grandma Jane served us the most beeeyouteefull Standing Rib Roast from Hedgeapple Farm EVER.

It was straight out of Dr. Seuss’ The Grinch That Stole Christmas, too.  It was the purtiest Roast Beast I’ve ever seen.

And My Captain carved it for her, being the most trustworthy of the group with sharp tools.  (The rest of us have dubious pasts with carving cooked animal flesh, and were not to be trusted.) 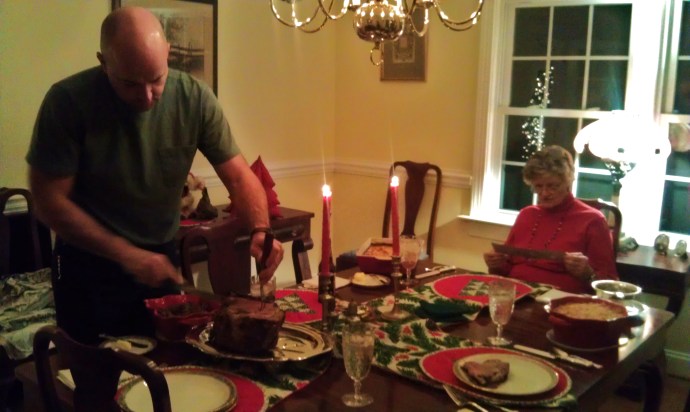 It was an adult night, just the four of us:  Grandma Jane, her Mike, Me, and My Captain. 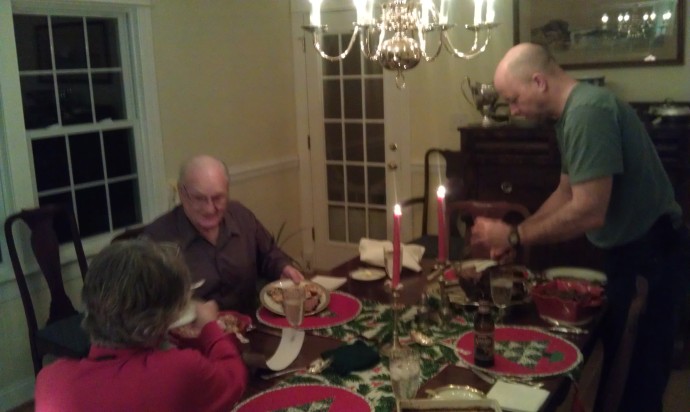 It was a night with vegetables that were eaten without whining.

It was a night with MUSHROOMS.  I’m telling you, friends, fungus was heavily involved, sautéed with onions in red wine and butter, and served without reservation. 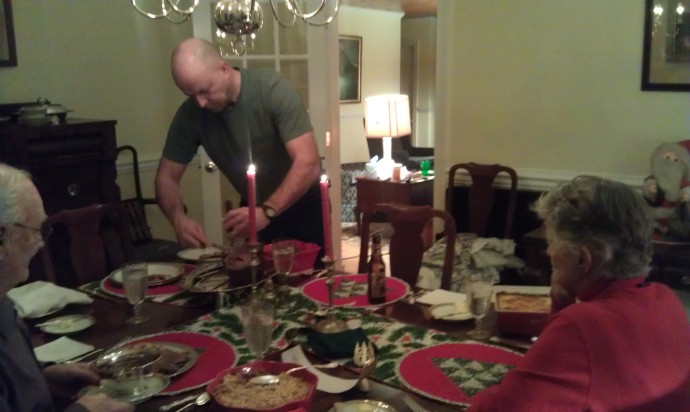 There was good silver used.

Candles with real flames were lit.

The old family china was in place.

You’d think with all of these clues, everyone would be behaving in their most respectable, and mature fashion.

Mike brought out  the game “Fact or Crap.”

And that was the end of that.

All in all, it was a WONDERFUL evening.  Yes, I missed my munchkins, but as far as all-adult evenings go, this was certainly up there in the ‘time-well-spent’ department.

Facts are facts: my mom isn’t always going to be here.  I will be a mess when she decides to leave (and I do mean decides, because she isn’t going anywhere until she is darn good and ready.  Even the Good Lord knows this.) and dread the day.   My hope, which I suspect is futile, is that I can store up enough moments like these to last me until it’s my turn to leave.

(And that won’t be until I’m darn good and ready.)

One thought on “~ Christmas Eve Eve ~”