My Captain is thousands of miles away from me as we speak…in some strange land known mysteriously as “San Diego.”   He and two of the other Task Force Leaders of Maryland Task Force 1 are out there for some kind of super-secret cyber training.   I think they are learning some cheats for Mine Craft or Angry Birds.

I begged him to send me some pictures, since I have never been to San Diego, and don’t know if I ever will get the chance.  I BEGGED him, even though I know he is busy and carries a much greater purpose than to serve my whims.

But I try not to remind him of that fact. 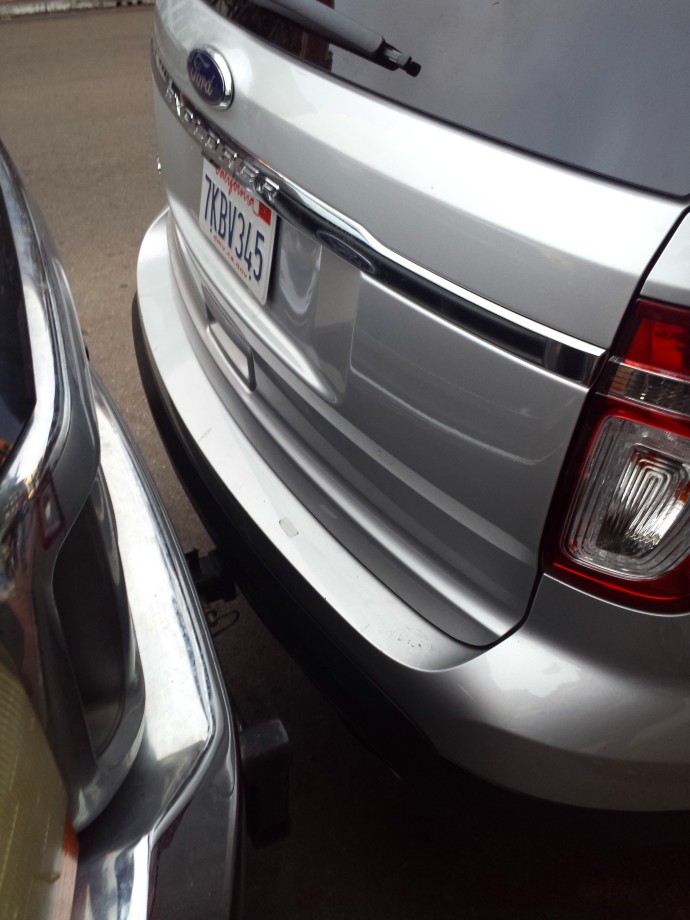 A picture of how perfectly he parked the rental car – to the centimeter – and to the consternation of his fellow Task Force Leaders.  These are men who specialize in tight space rescues.  These are guys who KNOW how hard it can be to be SO precise.   So when My Captain successfully parked in a space his peers were sure he could not, he took a picture.  And THAT is what he sent to me.

I was not impressed.

So the next night, I again asked for a picture of San Diego, so that this homebound Mama in Dickerson, Maryland, could see what the rest of the world looks like.  He sent me this:

I bitched about the lack of perspective to THE CITY.  So he sent me this:

“LOOK,” I whined, “Send me something other than your amazing parking jobs, you big dork.”

Obviously my man needs his sense of humor tweaked.

I changed tactics and asked him to send me maybe a picture of where they are taking their classes.  So he sent me this:

Okay, Beloved, you win.  How about just a picture of a handsome mug?  (I never get tired of looking at my man’s face.) 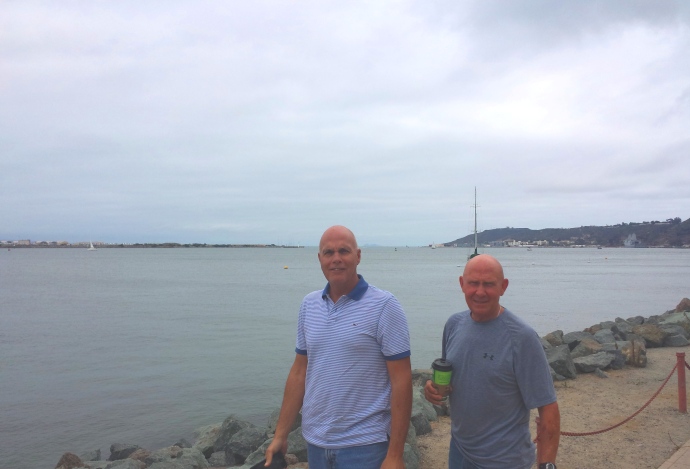 While I am happy to look at the handsome mugs that are John and Bob, I really just wanted to see my Honey.

So I told him, “Look, I appreciate your sense of humor, but Love, you know what I’d really like to see.  Cut the crap.”

What can I say?  The man knows me well.  Maybe TOO well.

Now hurry up and come home soon, you big Dork!!!