It was a dark and stormy day.  The whipping wind tore at our clothing.  The ocean was violently, angrily, relentlessly turbulent.  The air held a sinister sense of foreboding.

So we decided to go swimming.

But that didn’t seem challenging enough.  So we decided to take some surfing lessons.   I mean, hell, the waves were only at 5 feet or so…..ahem.

The kids saddled up to the young men who claimed they were surf instructors.  We had to take their word for it, we didn’t know them from Adam.  What could possibly go wrong?

It’s not like we could refute anything they were saying.

The moment came.  The kids were in the violent waves with 6′ long hard, composite and foam objects bobbing precariously by their sides.

Or, more often than not, shooting into the air.

In the age-old term “Crash And Burn.” 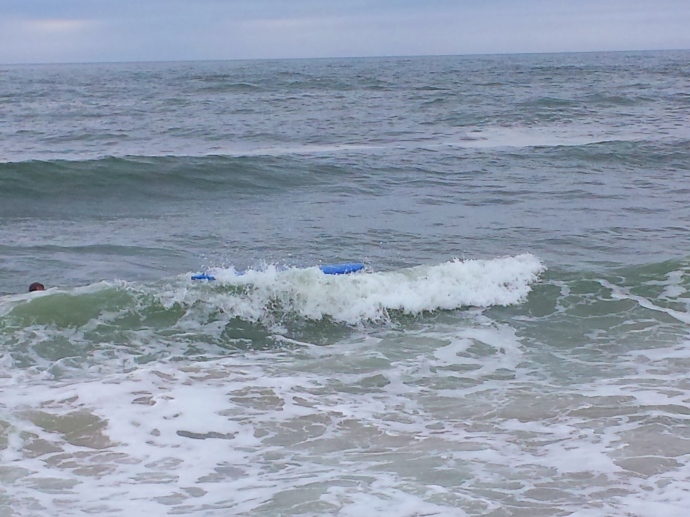 It wasn’t pretty.  In fact, it was pretty ding-dang hard to watch.

Things started to get more stable. 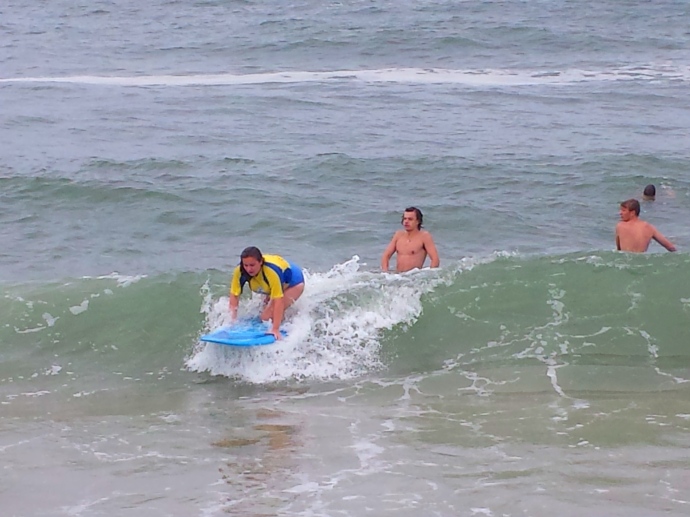 And kids started getting on their knees and crouches on the surfboards, 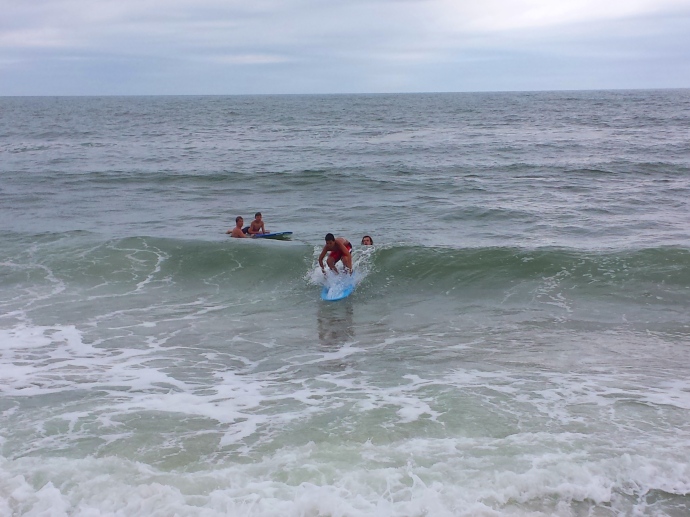 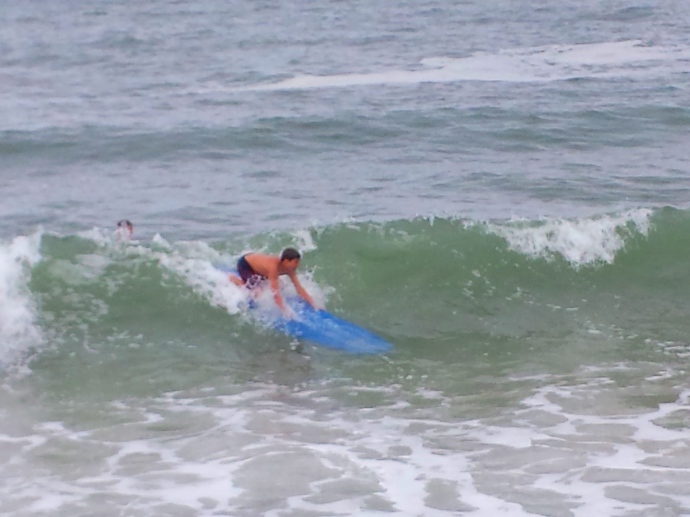 And then, to our utter amazement, they got on their feet! 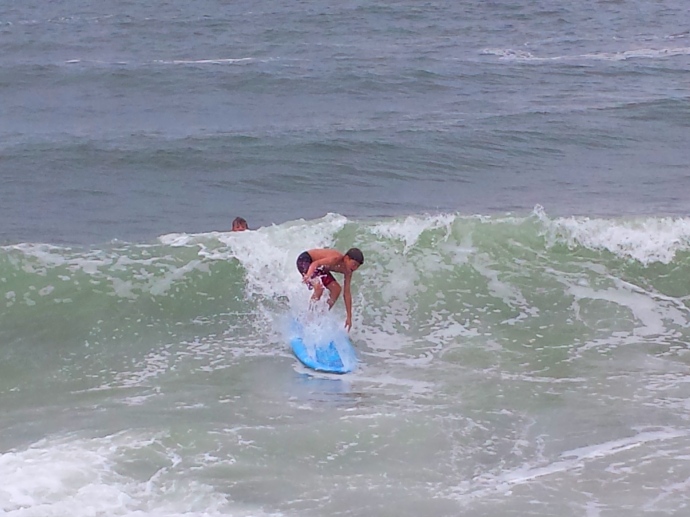 Despite the 5 foot waves, which, the instructors told us later, were NOT optimal to learn to surf in.  Thanks guys.   Way to make a mother even more uptight than she usually is.

But the long and the short of it is that now I have children who can surf in 5′ waves.   That’s pretty dang pride-inducing. 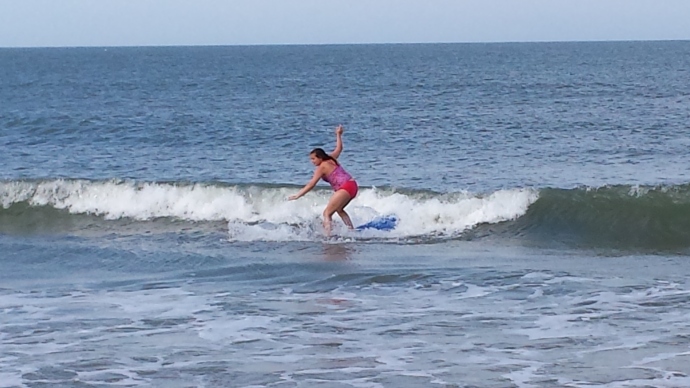