The Fourth of July was stellar this year for me, not just because I got to ride INSIDE the firetruck for the parade, but also because it finally happened!

We captured a picture of Lt. Tom!

The man who for years has most comically avoided my camera, and hence Mama’s Stories!

After years and years of getting photos like this: 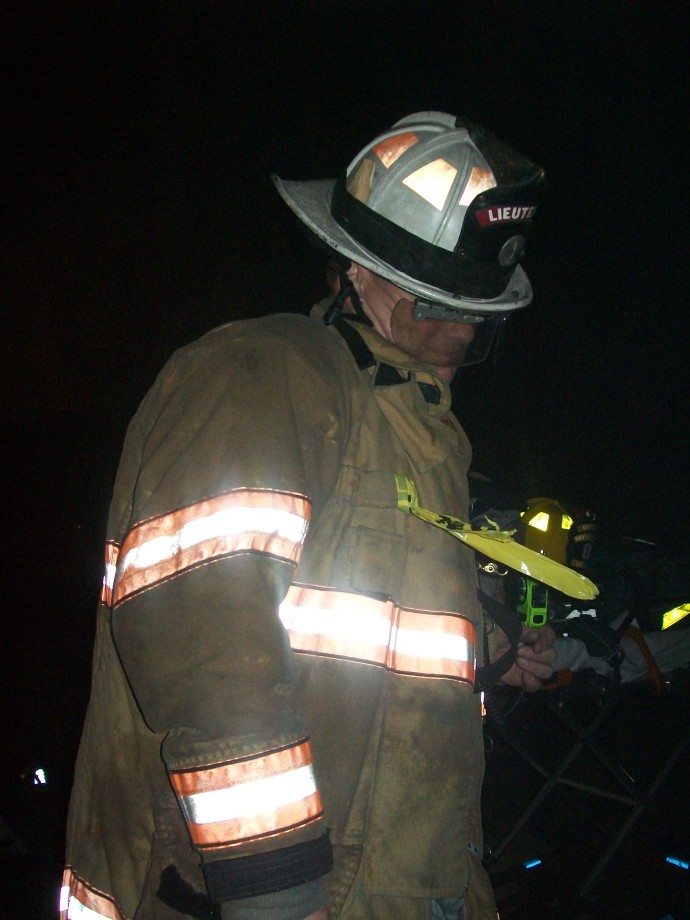 Or frustrating backside shots like this (he’s on the right, obviously.) :

I got his handsome mug on the camera!  Technically, it was Adam who did it, but whatever!  It worked!  We got gruff, strong, quiet, smart-as-a-whip, gentle giant, big-hearted Tom on camera!  You have to realize this is a huge accomplishment.  He’s big, but he’s fast, and wiley.  I’ve had nothing but outtakes on him, and he laughs at me about it.

So I was feeling pretty smug about it. And this morning, while snickering at my victory, I opened our drop box to pull that golden photo up for publishing…..

My Captain had cleaned out the drop box!  He deleted Tom’s photograph.