I’ve told you before about My Captain’s feats and colorful history.  Obviously, I am an eensy weensy bit biased, as he is the love of my life, the better half, and the best thing that ever happened to me.  But if we could put that insignificant little detail aside, I have to tell you another secret about him. 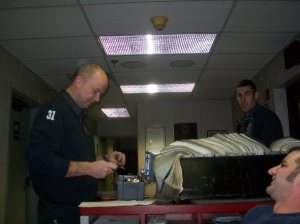 You’re going to sigh with affection, I promise you.  Well, the ladies will; the male readers will most likely roll their eyes and move on to the next, more manly looking post.

I should also mention at this point that many other men and women in the fire service deserve blogs singing their praises.  It’s not that I don’t care about them or appreciate their efforts.  It’s just that they don’t kiss me and hug me regularly. 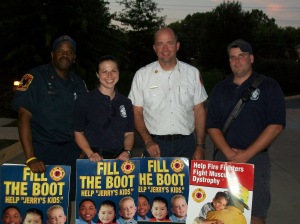 Remember when I told you in “~ Gratitudes ~” that My Captain cares for his shift quietly?  It’s very true.  Most people don’t appreciate the depth of this, though…not the ones above him and not the ones below him.  On the outside, the Captain is known for being a stickler for details, true to the rules, impatient with sloth, and unafraid of being hated for doing the right thing.  His shift sometimes love, and sometimes gripe about these aspects of him.

People who disagree with him like to call him names, but those are very small-minded people who we need not give any attention to.

You can’t be afraid of making enemies when you are busy doing what needs to be done.

Regardless of these less generally popular aspects of My Captain’s leadership style, his guys don’t (usually) hate him…because while he is being tough and demanding, he is also making sure they get the correction, education, and training they need…training that might one day help them save other people’s lives…training that might one day make sure they all return home to their wives and kids….training that they will need when it comes time to replace him when he either dies or retires (whichever comes first).

Believe it or not, there are other officers in the county who could give a rat’s ass about anyone else’s job quality, continuing education, or well-being in general. It’s disappointing, but I am sure it is true in any profession.

But My Captain bows to professional duty, and his men know and respect it (well, most of them). He is the quintessential Horatio Hornblower.

You want to know what he does behind the scenes?  Here’s a little sample:

Sometimes he brings the whole shift breakfast…often home made.  He believes a well-fed army wins the war.  He doesn’t like to see his guys eat poorly.

Sometimes he sends flowers to shift member’s families when births or deaths occur.  In addition to giving money to anything the shift might do as a whole group.

Sometimes he works a seriously ill firefighter’s shift for no compensation.  (Not an uncommon practice in the service.)

He makes sure he is always (ALWAYS) available by phone if they need him for any reason at all….at any time….let me just say that this is not popular with his wife when she is being **romantic**.

She’s been known to grab the phone and yell, “Can this NOT wait until tomorrow???”  And then she gets a disapproving stink-eye for it from her Beloved.

He unhesitantly stands up for his men when they get into trouble.  Often at his own expense and stress level.  When doo-doo rolls down hill, he does his best to block it.  Most of the time his shift has no idea how much burden he takes on his own shoulders to avoid it crushing theirs.  And he never tells them about it.  He is unobtrusive in his goodness.

He really loves his guys and gals. They truly are family. 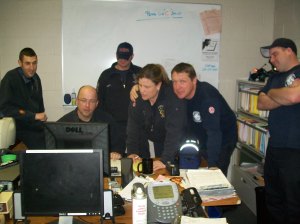 He does these things….and more…inconspicuously .  He doesn’t boast or brag or call attention to his good deeds.  Because, frankly, he doesn’t do it…or anything else…for praise. Or respect. Or glory. He does it simply because he believes it needs doing.

But My Captain miscalculated, you see, because he married the Town Crier.

She’s got a mouth on her, that one!  And she hates more than anything to watch him get criticized for his mistakes, and rarely recognized for all the good that he does.

He will absolutely castigate his big-mouthed town crier of a wife for spilling these beans….but he can only blame himself.  He knew her for a world-class bean-spiller when he married her. 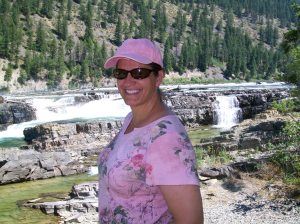 And he can never stay mad at her for too long.