I stopped by my kids’ school today to join my Varmint and Critter for lunch.  I got there a little early, so hung around outside with the recess Aide watching the kids play an impromptu game of Soccer.  It was a fierce battle between the 4th graders and the 5th graders…and it was brutal.  Pele himself would have been afraid.  Those little guys and gals don’t follow any rules that I can see….it reminded me vividly of Calvin and Hobbes and their invented game, Calvinball.  (For those of you who have been living on a deserted island for the last several decades, in Calvinball, one makes the rules up as one goes along. Rules cannot be used twice. No Calvinball game is like another and it can involve wickets, mallets, volleyballs, and additional equipment as well as masks.) There were kids running and laughing everywhere; they were all having a complete and total blast.

It was a gorgeous day.  Sun was shining.  60 degrees.  Slight breeze.  Sugarloaf Mountain was in the background.  The surrounding farms looked idyllic and peaceful.  I thanked the Lord above that my children are lucky enough to be raised in this place, the Montgomery County Agricultural Reserve. I was in such a good mood, feeling grateful and blessed.   All was right with the world.

And then the recess aide asked me nonchalantly, “Have you heard that someone is suing the farmers for farming around Laytonsville in Montgomery County, and this could affect the Ag Reserve?”

I thought she was kidding.    I waited for her to crack a grin.

Turns out, as we speak, farmers in Laytonsville are being sued and prevented from farming by residents in developments that form homeowner’s associations with covenants that do not allow for farm activities in the Reserve.  If they win, this would directly impact the farms in the Ag Reserve.

To put it in plain English…. Within the last few years, someone decided to build a bunch of homes near rural Laytonsville.  And then, they formed a covenant that said, “No Farming!”, and decided to sue the farmers for doing what they have done since before the revolutionary war….er…farm. 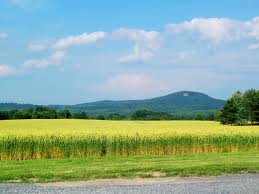 It boggles the mind.  I sure hope the people suing the farmers don’t get anywhere with this.  It would be so….wrong!  I can’t think of a more fitting word for it.  Wrong.  It would be as if the legislators were playing their own game of Calvinball.  Make up the rules as you go!

The rest of the recess and lunch hour with my Varmint, a large dark cloud hovered over my head.  I couldn’t wait to get home to write the County Legislators a letter in support of farm legislation MC 16-12.   And I’m so grateful that the recess aide just happened to mention it.

Even if she did kill my buzz.