Do you remember Mad Libs?  A few weeks ago, Goggy and Papa bought Critter a Mad Elf as a reward for getting such good grades.   It’s a little gizmo that asks you to supply words, then incorporates those words into a pre-written story, and tells it.

In an elf voice.

And apparently all elves suck Helium before speaking.

If you remember back in ~ Love Chain ~ we had gone to visit My Captain at the fire station where he was working overtime, because we missed him, because he’s working so hard, and because he has been away so much from his family during this holiday, he was a little bit down. 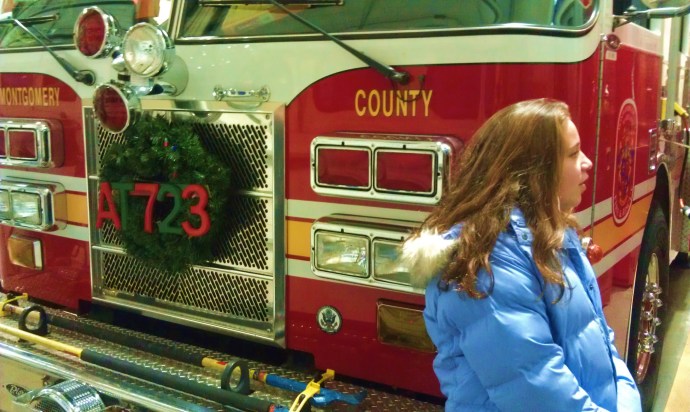 …..gave him his advent chain, and then Critter brought out his new Mad Elf. 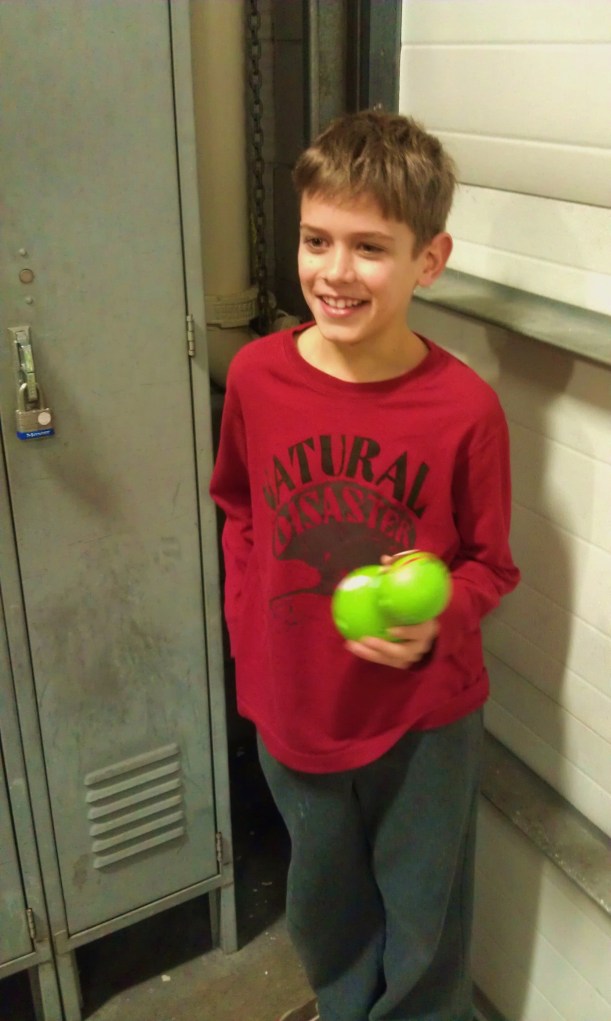 My Captain allowed Critter to suck him into a story. 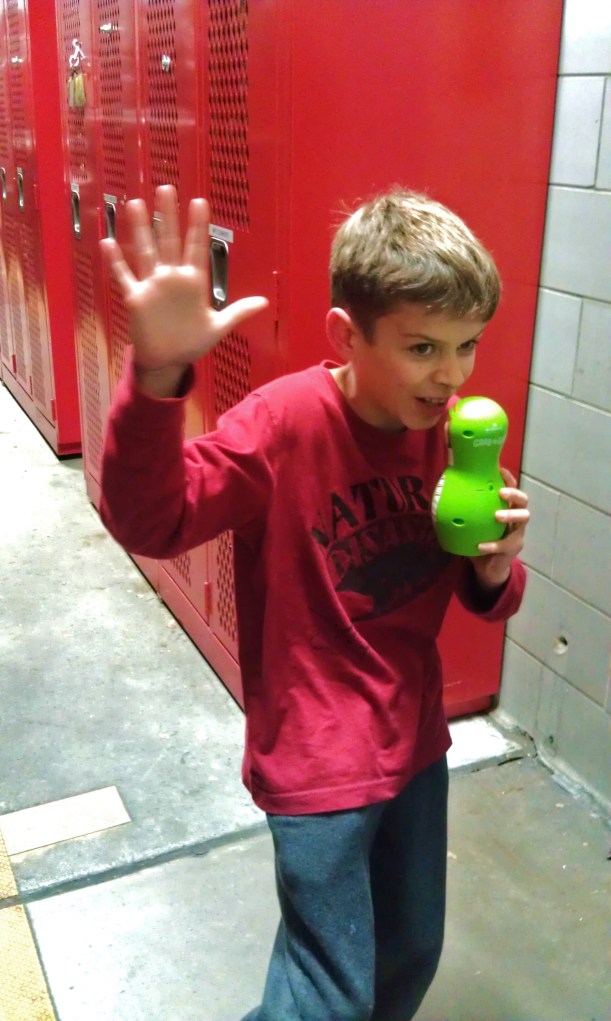 He took direction well from Varmint. 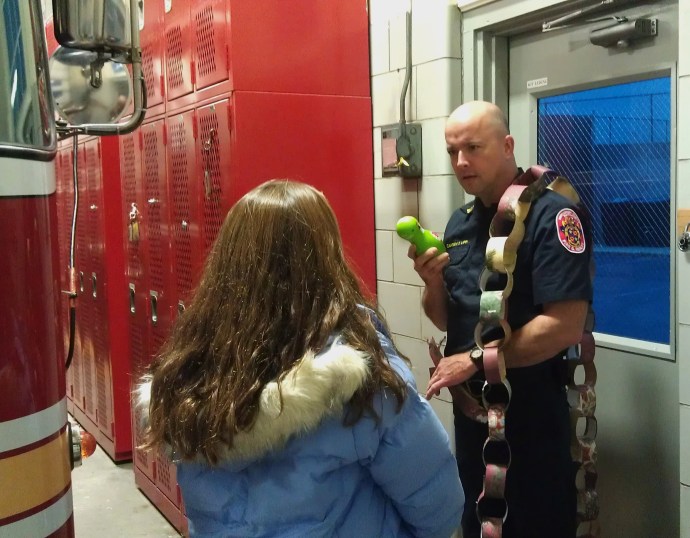 Critter’s schtick is pretty much like any other 9-year-old boy’s would be…. 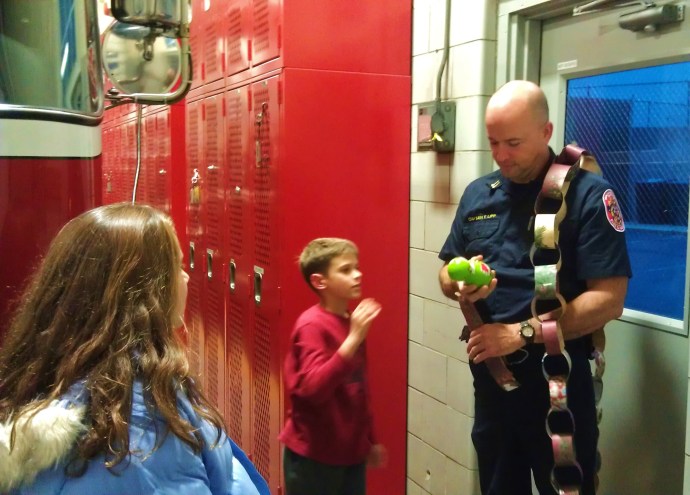 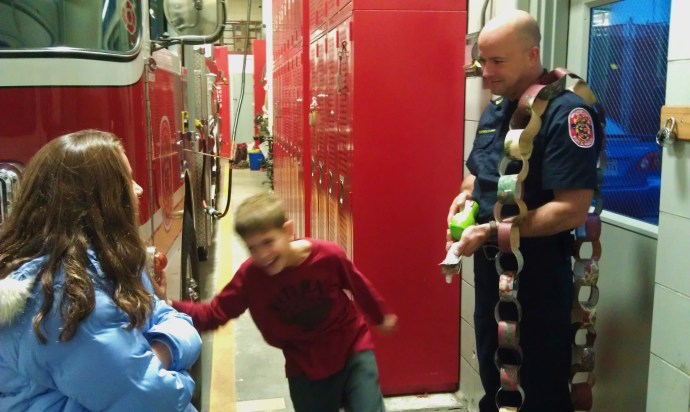 My Captain was not only able to understand the humor….he regressed and met Critter on that level with such alacrity and ease it was astounding. 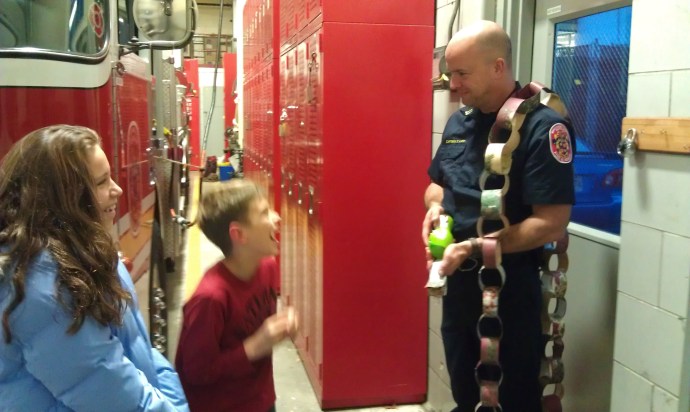 And frankly, I think he needed that.

So to anyone suffering the blues during the holidays, I advise you to go immediately to your nearest Hallmark and buy a Mad Elf, because frankly, there are few things in this world funnier than hearing the word “Buttcheeks” in an elf-voice.